On March 24th Andy and David managed to complete the Welsh Three Peaks Challenge in support of The Harry Johnson Trust.

The Welsh Three Peaks Challenge takes in the three peaks of Wales: Pen y Fan in the South, Cadair Idris in mid-Wales, and Snowdon (Yr Wyddfa) in the North.

The total time allocated was 24 hours to complete the challenge. However, to push themselves that bit further, they were looking at completing the Three Peaks in 15 hours. In fact, they managed to complete the walk in 14 hours and 18 minutes so with time still to spare!!

The challenge began in South Wales at a lovely 04.28am. The entire ascent was done in pitch black with only head torches to light the way ahead. With the recent cold weather blasts, the upper half of the peak was covered in snow and ice to make it that little bit more difficult. 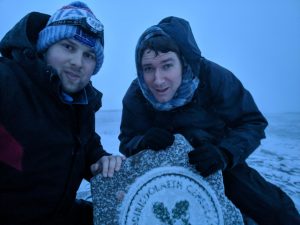 After a long drive to North Wales, the second peak provided the next challenge. The climb up Cadair Idris was made slightly easier by the fact that daylight had arrived!! This was a very long walk and definitely increased the awareness of how hard this challenge was going to be. 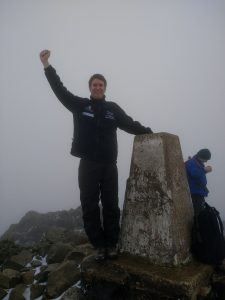 An hour-long drive brought the finishing line in sight…ish. The final and probably the hardest peak, Snowdon lay ahead. The image here was taken near the bottom, where the sun was shining and it felt as if this climb would actually go fairly smoothly. In fact, the conditions closing in on the summit were borderline dangerous with experienced climbers taking ice picks and crampons to ensure safe footing. Needless to say, they didn’t have these but they pushed on determined to reach the top.

They finally reached the summit and started to make their way down via a longer, but safer route, finally reaching the bottom at 18.46pm to give them a final time of 14 hours and 18 minutes.

A big thank you to TJ Vickers & Sons Ltd of Shrewsbury with providing them with a fantastic Suzuki Vitara to get them between the peaks. 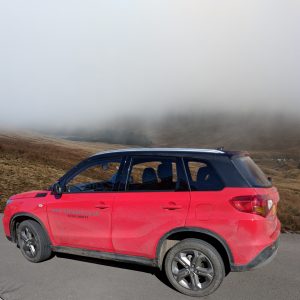 Also, a big thank you to Print and Sew Ltd for supplying them with embroidered fleeces for the walk. 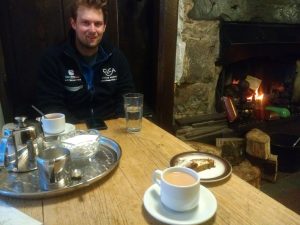 Working for a care provider, we often care for children and families diagnosed with a form of childhood cancer. It’s every parent’s worst nightmare to see their child suffering and this is why The Harry Johnson Trust was set up and why we are supporting them this year.

The Harry Johnson Trust was set up in November 2014 following the death of seven-year-old Harry in July of that year.

The trust offers support children and teenagers who receive care from the Oncology Team at The Princess Royal Hospital in Shropshire.

Through the trust, the family of a child diagnosed with a form of childhood cancer and referred to Telford’s Princess Royal Hospital will be provided with a little box, a Harry’s hamper, full of useful everyday items that families may have forgotten in their hurry to pack such as a notepad, sweets and toothpaste.

The trust will also pay for a child given a terminal diagnosis and their immediate family to have a holiday in Shropshire.

Donations can still be made until April 25th 2018 so please click here to donate to a great cause. Every little bit helps and will provide that little bit of relief in such a difficult time.